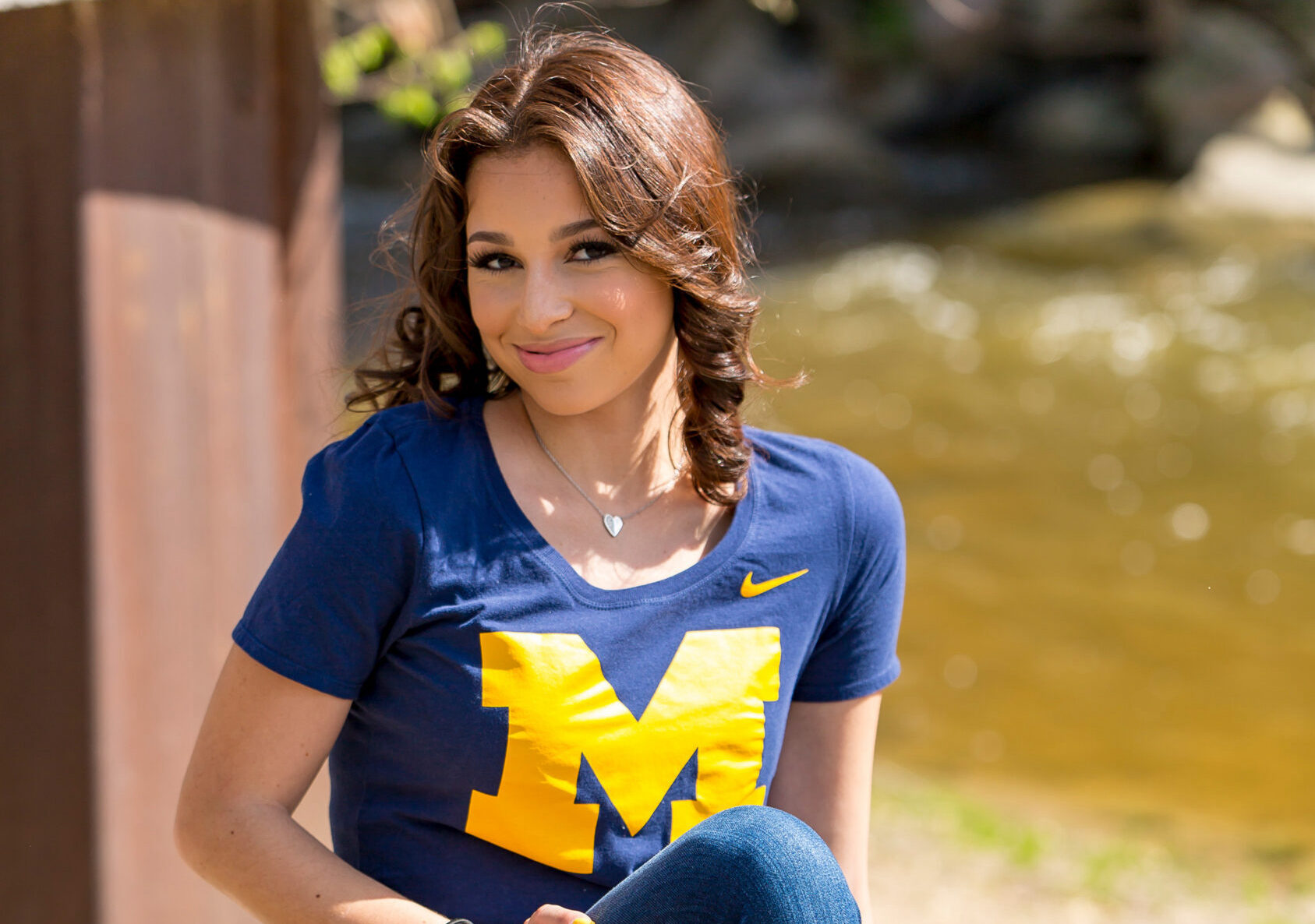 During Mariah Bobo’s senior year of high school, a fortuitous externship unwittingly established a career path for the College of Pharmacy senior.

Bobo also is an alumna of Wolverine Pathways, a college preparatory program for those in under-resourced communities in Michigan.

As a high school sophomore in Southfield, Bobo became part of Wolverine Pathways’ first cohort, dedicating her Saturdays and summer to the highly rigorous program. Wolverine Pathways students accepted into the University of Michigan receive a four-year tuition scholarship.

While this was an incredible opportunity, Bobo said she “didn’t have that much knowledge that Michigan’s such a great school.” She realized she could “actually see (herself) going there.”

Wolverine Pathways connected Bobo with an externship with a local CVS pharmacy as a high school senior. She and four peers performed many technical tasks at the pharmacy — although she was not of legal age to dispense medication — which “definitely allowed me to open my eyes to the pharmaceutical industry.”

She also attended a STEM camp on the U-M campus during the summer, exploring different opportunities to connect to the sciences.

During Bobo’s freshman and sophomore years at U-M, she continued working at an Ann Arbor CVS, having applied for her tech license once she became 18. Halfway through her sophomore year, the COVID-19 pandemic hit, and Bobo suddenly found herself an essential worker, staying in Ann Arbor and working full time at the pharmacy as most of her classmates went home and classes went virtual.

“During the first wave of COVID, I worked 9-to-5 every day,” she said. “I was considered a frontline worker. It was definitely crazy to see how the healthcare system works as an employee. Being in that environment has allowed me to see the different ways health care adapts.”

During this time, Bobo transferred into the College of Pharmacy, solidifying her career plans. In the fall, she will enter the University of North Carolina-Chapel Hill’s Doctor of Pharmacy program.

Along with her studies and work at CVS, Bobo also worked at Michigan Medicine and C.S. Mott Children’s Hospital doing inpatient pharmacy work, filling medications taken directly to the patients. She also joined Alpha Kappa Alpha Sorority Inc. She was used to balancing her schoolwork, pharmacy job, volunteering, and social life from her teenage years.

“It all draws back to that externship in Wolverine Pathways,” she said. “I don’t think I would have ever looked into pharmacy or been able to see how interesting pharmacy work is without that.”

This article originally appeared in the April 25, 2022 edition of The University Record